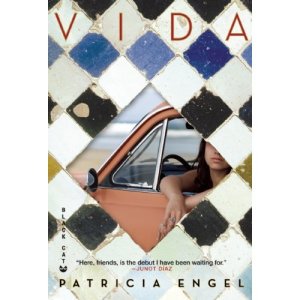 I may be way behind on writing reviews, but that doesn’t mean I haven’t been reading a few. Michiko Kakutani of The New York Times just published a very positive piece on Vida, the freshman collection of Patricia Engel. In Kakutani’s words,

The stories in Patricia Engel’s striking debut collection are like snapshots from someone’s photo album: glimpses of relatives, friends, lovers and acquaintances, sometimes posing, sometimes caught by the camera unawares. […] Although the worlds depicted in “Vida” could not be further from the rarefied Oxbridge world that Harold Nicolson depicted in his 1927 classic “Some People,” the character sketches here function in much the same way, coming together to create a sort of novelistic narrative that ultimately reveals more about the narrator than anybody else.

There’s no baloney in Patricia Engel’s stories, no falseness or posturing.  Young women fall in love and lose their way, as they actually do in life, in every heartbreaking register. The remarkable portrait of immigrant life is not a “literary” portrait or a multicultural cliché, it is unsentimental, unsparing and true. Vida is a unique and unforgettable book.

Being a fan of collections of interwoven short stories, from Sherwood Anderson to Juan Rulfo to Sam Lipsyte to Junot Díaz, I look forward to reading this. Vida is available in bookstores and on Amazon.